I'm still new to BruControl (v1.1), so please forgive the ignorance here....  But I can't for the life of me figure out how to add a 1-wire device to my workspace in BC.

I've got a couple of Arduino Mega's set up as interfaces and they work fine for what I've played with so far (turning on and off pumps, etc with Digital Output BC devices).

Against every value that I hold dear, I even broke down and read the manual (though we may find here that I didn't read it well).  From that, I'm left with the impression that I should see either "1-wire Temperature Input" as a device type option on port 5 (my Mega's are on Ethernet, but I looked in port 6 too just in case)...  or the 1-wire section also references page 15 which made me think I might see it labeled as "Special temperature sensor" 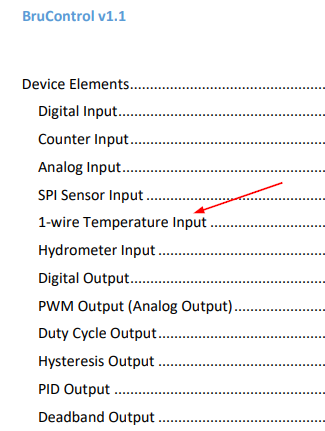 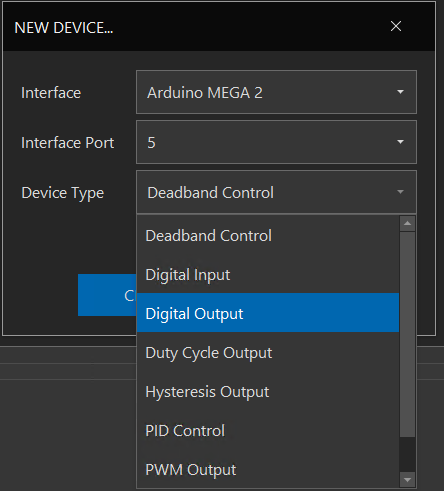 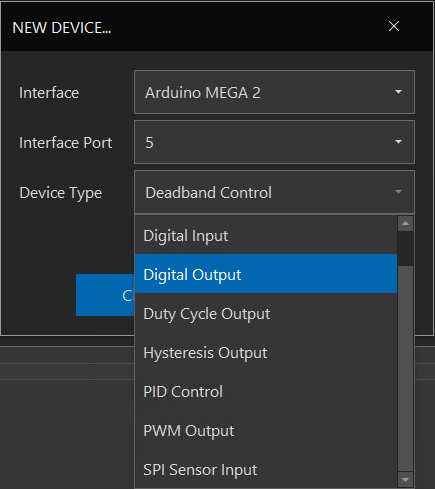 Where am I going wrong???

In a related topic, the limit of 10 sensors snuck up on me.  I was planning on way more...  I'm a nerd...  Wanted temp sensors on all of the inputs and outputs of my plate chillers, coils, hot and cold side of the glycol tank, the kettles, the fermenters....  so that I can see cause and effect easier.  It's been a while since I planned all of this out but I believe I was up over 30.

Saw another thread on here explaining the limit of 10 being due to the slow polling of the 1-wire bus.  Definitely.  It has been a few years and beers ago, but I had a test chain of ~25 DS18B20's running pretty well off of the native Arduino firmware (I say that knowing that BC is totally different under the hood most likely).  I had run into the sluggish polling and eventually found a pseudo "non-blocking" solution by splitting up the read and conversion steps.

I don't necessarily mind needing to add more interfaces (I think it is actually very awesome that it is a possibility to do so)... For me it will mean adding a second panel, but not the end of the world.  If something like the above isn't a possibility, it might be helpful to allow the user to expand beyond 10 at their own peril (sign a waiver or something, ha!).  I could see myself having a dedicated Mega just for temp polling.  Speed wouldn't be as big of a factor then.

Random thoughts...  I know I'm the exception to the norm on this one!

...I should add that my testing of ~25 sensors was all in the tidy confinement of a single breadboard.  I was fully expecting to run into all kinds of problems when that came out of the "lab" into the real world.  Most likely would have had to split up my bus into several runs and use a few more pins on the Arduino. (or, more likely, I would have got frustrated and convinced myself I didn't actually want all of that data in the first place... ha!)

Didn't want to leave the impression that I had fully solved this.

1-wire sensors are on virtual ports 200+. This is because 1-wire are bussed together, so we can’t use a traditional PIN number

Sorry, but I suggest you read the manual (eek)!

Haha...  I'm afraid it is worse than that.  I did read it and knew that the sensors were on that port range.  Yet here I sat trying "physical" 5 and 6 nonetheless.  Don't know what I was thinking.  Long day.